Tamba Sasayama is located in the middle of the Hyogo region, below Fukuchiyama and Ayabe of Kyoto. In the ancient times, the city was part of the ancient nation of Tamba and has been an important passage to the San-in region since. The most important tourist site is the Sasayama Castle and The Oshoin and Kawara-machi Tsumairi Merchant Houses. In 2015, along with folk songs, buildings and brewery, under the very long name “Tamba Sasayama Dekansyo Festival – memory of the childhood home”, the site was included as part of Japan’s list of national heritage treasures.

Tamba Sasayama is known for its yam, Tamba black beans and Tamba chestnuts. As it is surrounded by mountains, wild boar is abundant and has been used in various famous local dishes. Tamba Sasayama’s beef has also won numerous prizes in nation-wide beef competitions. You can count on the quality of the beef originating from here.

Get off at the Sasayamaguchi JR station. Head to bus stop no. 2 to take a bus towards “Sasayama Depot”. It takes about 20 minutes to reach downtown. It’s best to get off at Nikaimachi, and the one-way fare will set you back 290 yen. 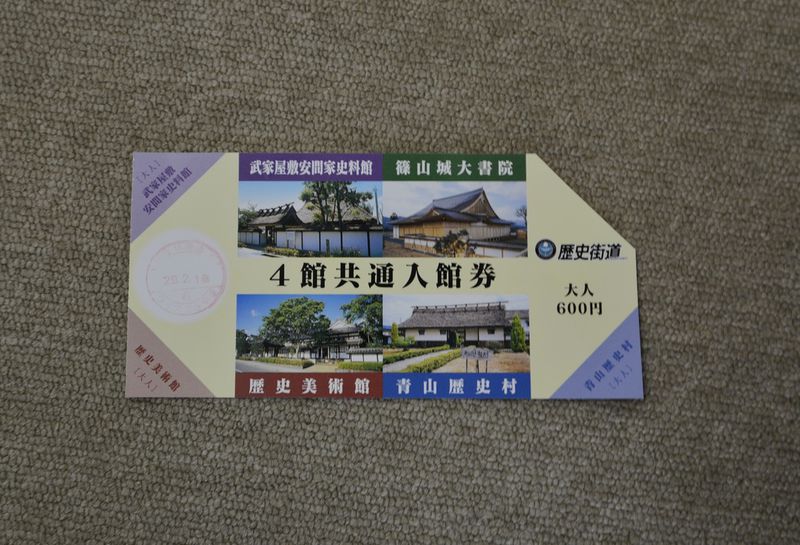 The pass will entitle holders to have access to the Sasayama Castle and The Oshoin, Samurai House Anma Historical Museum, The Historical Area of The Aoyama Clan and Sasayama Historical Art Museum. If you plan to go to at least two of these venues, this pass is a must-buy and costs only 600 yen.

Sasayama Castle and The Oshoin

Constructed in 1609, The Oshoin was built at the same time as Sasayama Castle. A fire in 1944 led to its destruction. After a laborious process of comparing ancient scrolls, paintings, archaeological digs and other research, The Oshoin was reconstructed in 2000. This wooden construction is over 740 square meters in surface area. Not only the rooms have been reconstructed, The Oshoin also exhibits building models and other relics and artifacts. Inside The Oshoin, one of its rooms was part of the set for the shooting of the film “Samurai Hustle”. Fans of the film should not miss out on the opportunity to compare scenes from the movie against the actual venue. It is recommended to visit during the cherry blossom season in April. A large number of cherry trees adorn the castle and its environs, making it one of the most popular sites for cherry blossom viewing in Hyogo.

The Historical Area of The Aoyama Clan

After returning the land and people previously under its jurisdiction, the Aoyama clan, ex-feudal lords of Sasayama, constructed this second home. Since 1987, the complex has opened its doors to the public. Tadataka Aoyama, 10th generation of the Sasayama Feudal lords and the second family head to the Aoyama clan, built a school for the clan named “Shintokudo”. Within the Historical Area you will find many antique books and publications from “Shintokudo”, as well as some 1,200 pieces of printing plates. Experience the Edo era’s culture and lifestyle at this site.

Originally a samurai’s residence, this site was turned into a museum and opened to the public in 1995. Inside you will find letters retained by the Anma family, as well as other artifacts of daily living. There is a water harp cave inside the courtyard. Don’t forget to stop by to listen to the sound after your visit to the museum.

Getting there: get off at Nikaimachi and walk for 15 minutes

Prior to becoming the Sasayama Historical Art Museum, this building once housed the Sasayama Municipal Courthouse, making it Japan’s oldest wooden courthouse. The courthouse was in use until 1981. The building’s appearance has been retained, with its interior now turning into a museum. Please note that with the exception of the old courthouse, no photographs are allowed in the other exhibition areas.

One of the areas which has kept its Edo-era castle town houses and streets intact, this area has been designated as an “important preservation district of historic buildings” by the country. During the Edo era, this was the commercial center of the township around the castle. Other than its unique building styles such as the goshi windows and sodekabe, about 70% of the buildings in this area are built with the unique and traditional Japanese architectural structure called Tsumairi. There are many quaint little coffee shops on the street. Take a break here and enjoy a coffee if you have time, before you move on to the next spot. 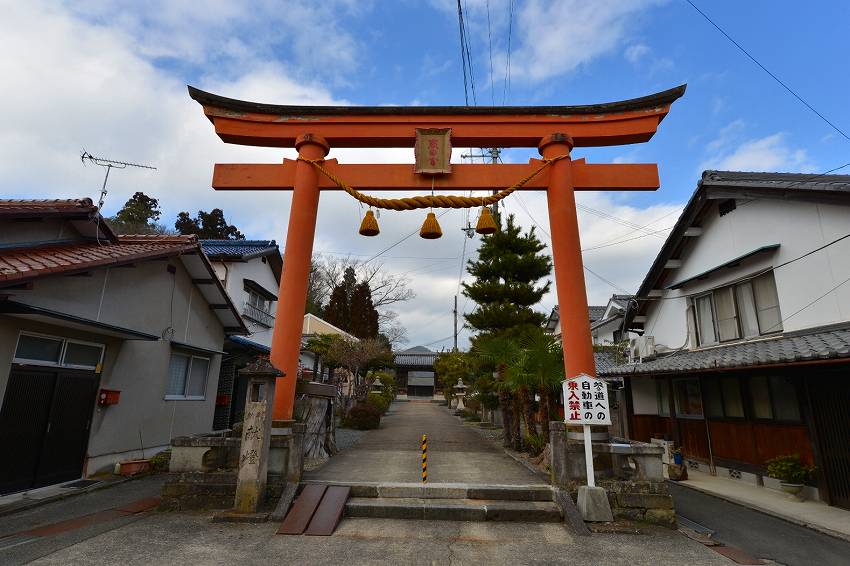 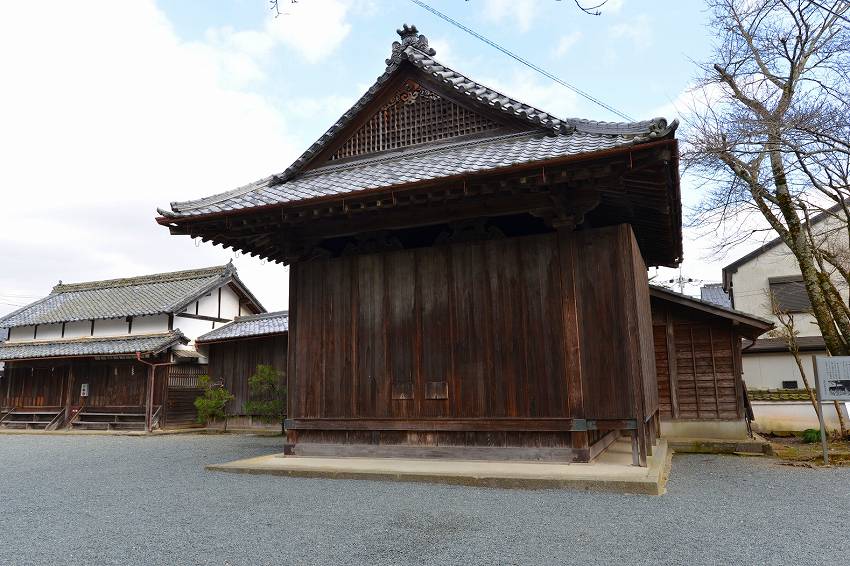 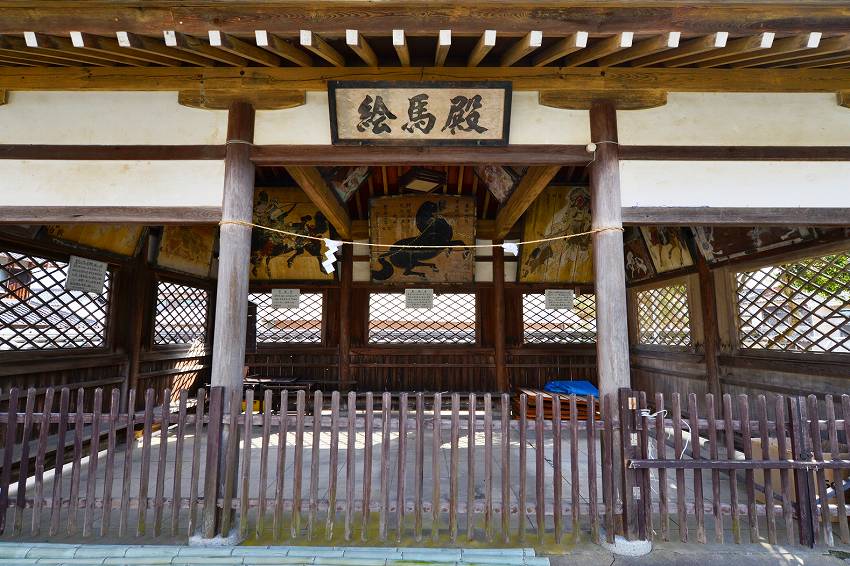 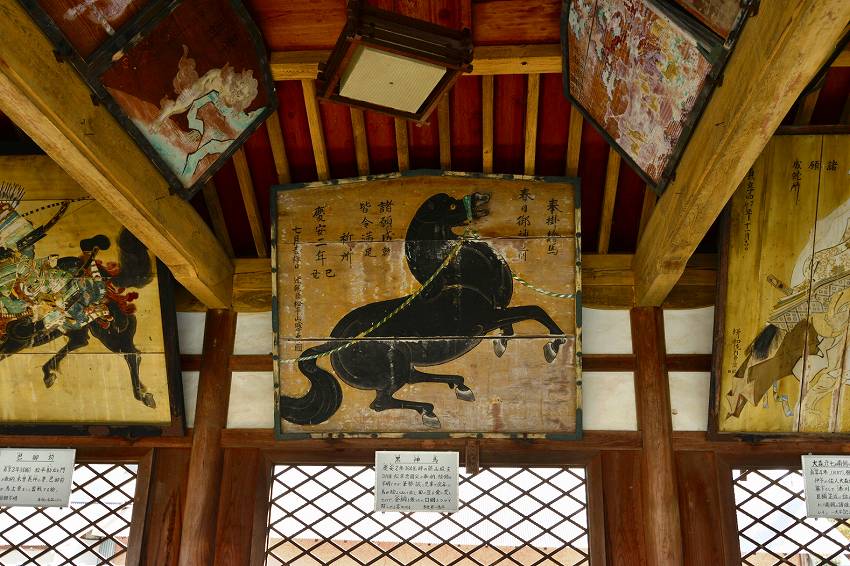 A branch of Nara’s Kasuga Shrine, it is known for its Noh stage in the spring time and its fall festivals which are a nod to Kyoto’s Gion festival. The Noh stage was gifted to the Kasuga Shrine by Tadayoshi Aoyama in 1861. He was the fifth generation of the Aoyama clan and the 13th generation of the Sasayama Feudal lords and was known for his love of Noh music. Large jars are placed below the wooden floors of the stage in order to increase echo. It was considered the best Noh stage west of Hakone. It is now another designated site of national heritage. The holy black horse in the Emaden Hall at the Kasuga Shrine was gifted by Matsudaira Tadakuni, the third feudal lord of Sasayama, and was painted by Kano Naonobu of the Kano painting style. Like the Noh stage, this scroll is not to be missed.

Getting there: get off at Nikaimachi and walk for 7 minutes 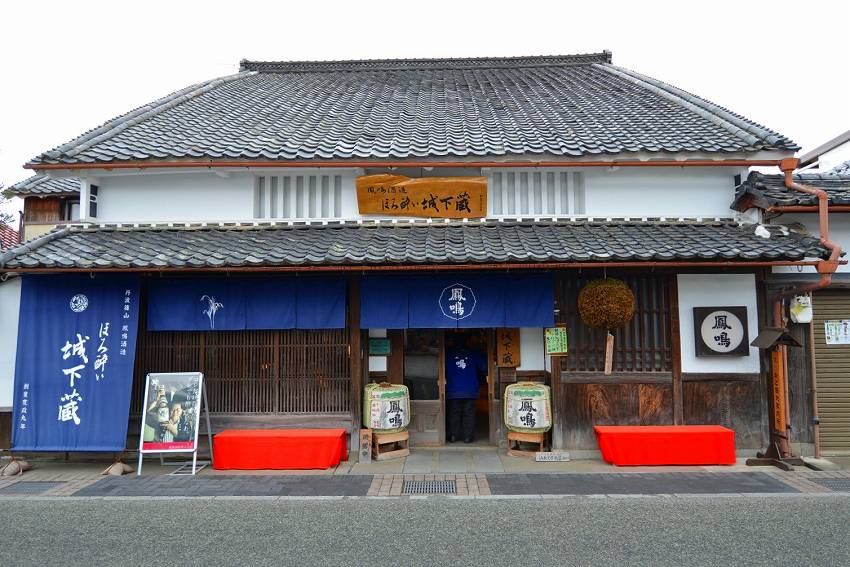 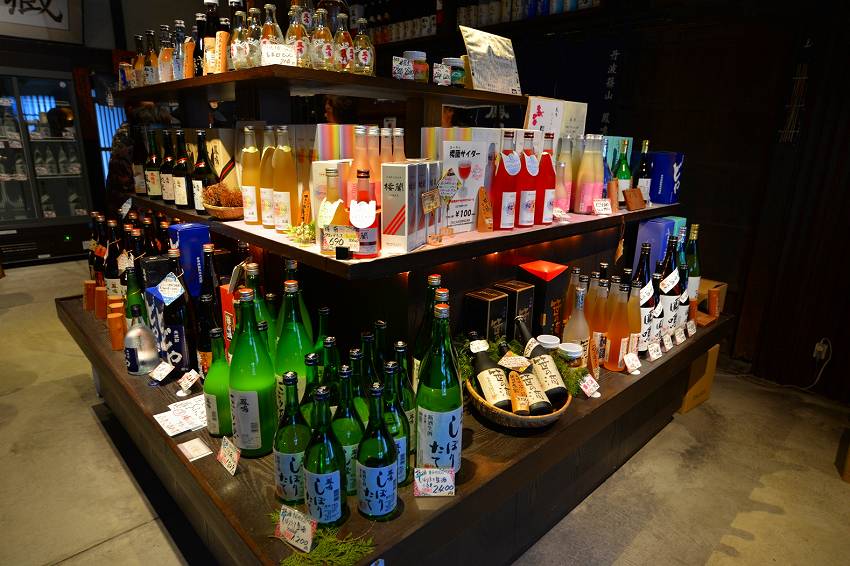 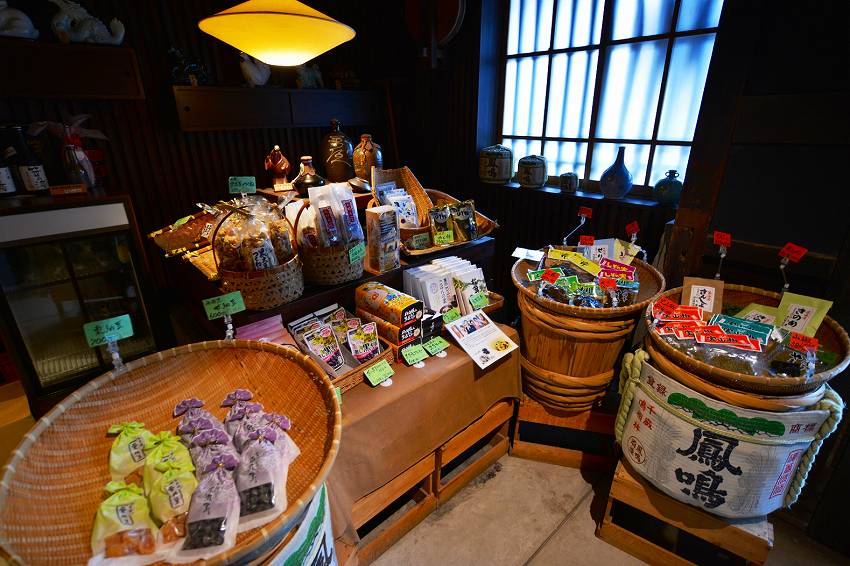 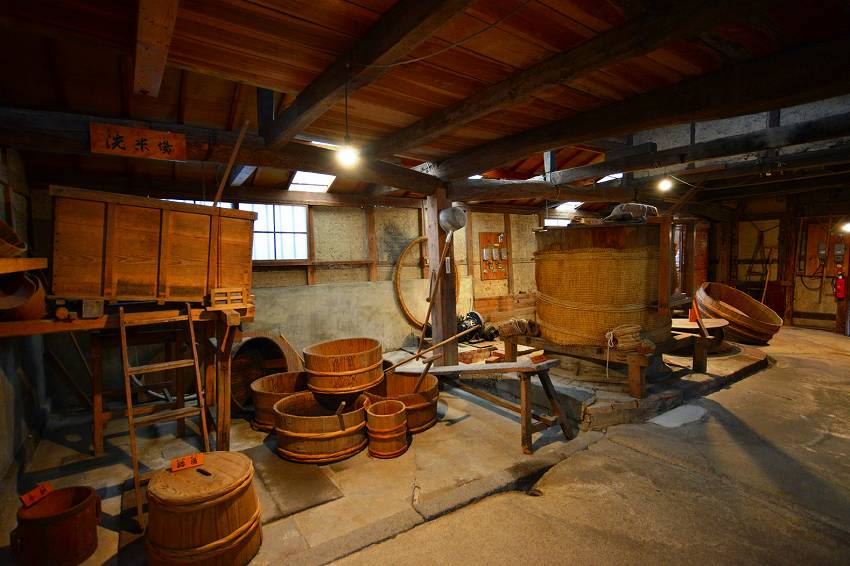 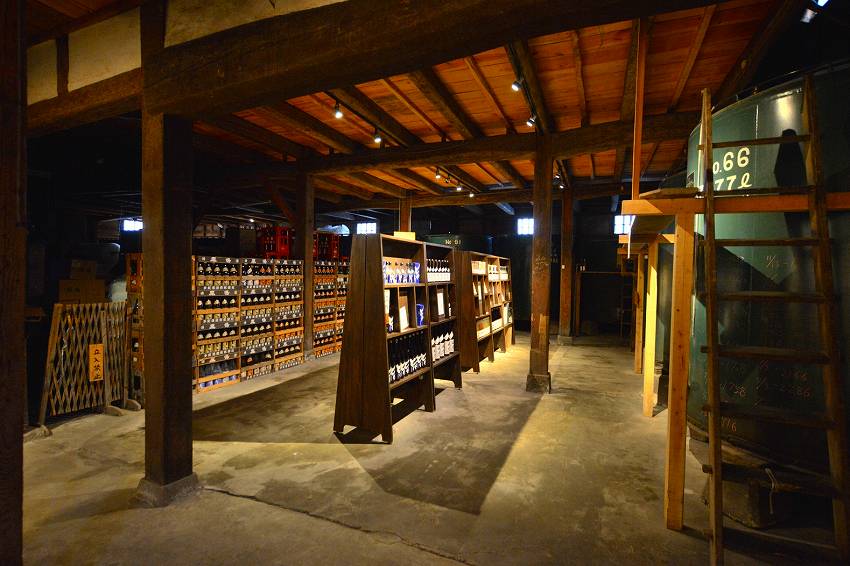 The Japanese sake named “Houmei” is made right here at the Houmei Sake Brewery. The sake cellar and the residence were both built in 1797, the same year the brewery opened for business. The entire complex has remained largely intact for the last 220 years. Until 1975, the sake cellar was still in use. In 2001, the cellar converted into a facility open for public viewing, entitled “The Slightly Buzzed Collection”. Entrance is free and you can see the washing room (where rice is washed), the fermentation room and fermentation pots. You can also try a sake tasting and purchase souvenirs.

Getting there: get off at Nikaimachi and walk for 7 minutes 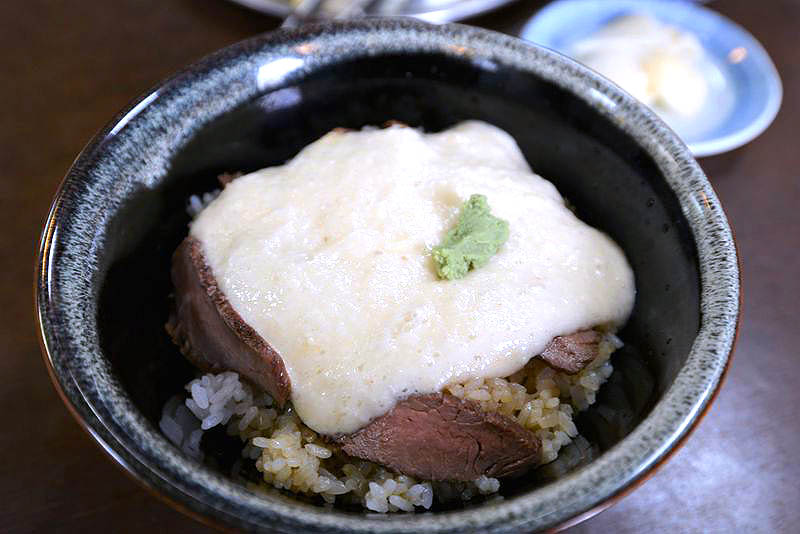 Tamba Sasayama is best known for its wild boar hotpot or wild boar don (don: on rice). Personally, I do not eat pork, so I tried another one of its famed dishes which is the “Yam and beef don”. This restaurant is famous in Tamba Sasayama, and is an older establishment frequented by both locals and visitors. You will see the restaurant as soon as you get off at the Nikaimachi bus station. There are not too many seats inside, but the menus come with photos and are served with excellent presentation. This is likely a better choice for tourists. 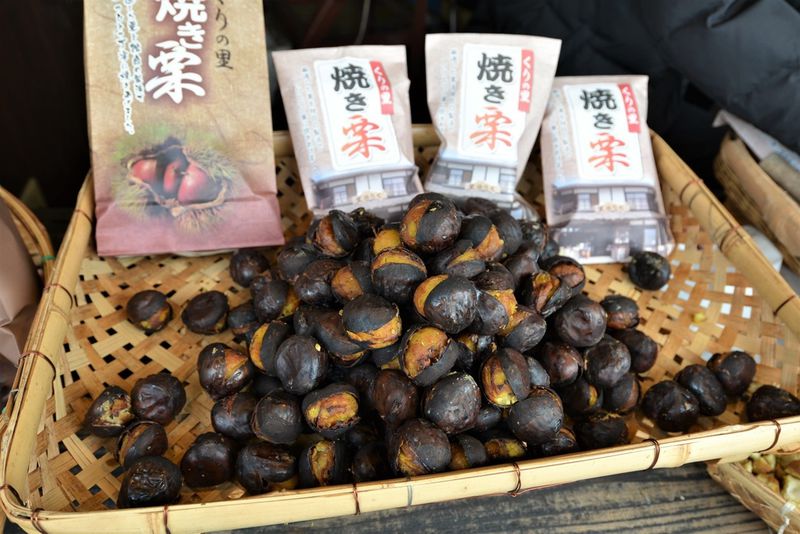 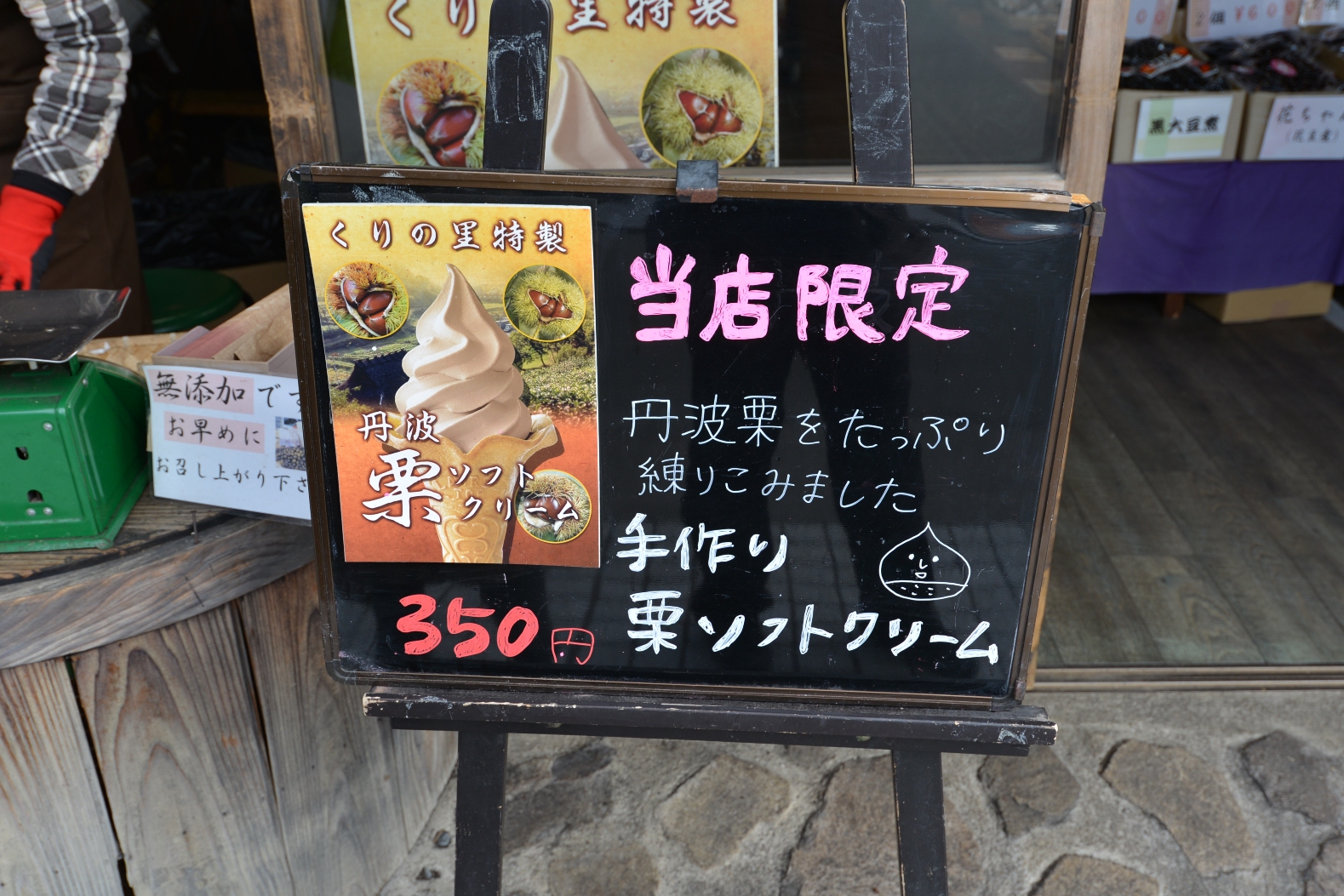 Another tourist hotspot for food is also located close to the Nikaimachi bus station. Freshly roasted Tamba chestnuts and chestnut ice-cream can be found here. The aroma of freshly roasted chestnuts is sure to slow you down. Plus, they offer free tasting; you can buy after you’ve tasted it, and only if you are satisfied. The Tamba chestnut ice-cream is made by hand. Real pieces of chestnut are added to the ice ream as it churns. This is a special product and will only set you back 350 yen. Don’t forget to pick one up as a dessert after your lunch.